Make Up Your Minds About Rich People

As I am trying to do less and less on Facebook (Cos I don't like the content there no more), I noticed that there are now 2 types of people. And I am not talking about behaviour in the shower.

There are those that condemn rich people for not giving enough back to society. How much is enough and is it up to them to decide what to do with their wealth? I am in no position to judge that. I think we all need to give back, but how and how much is something that I wouldn't know how to measure.

The others are the ones that think Bill Gates has a lizard army waiting and that he is trying to enslave us all with vaccine. Look here now: that fella does not NEED to use his money to do any charity work or to set up any foundation. As I see it, he just felt he has enough and is going to give back. He decided to do so with whatever he does. And I think in his mind that is what the world needs right now.

Just push these ultra rich people a lil more and I guess they gonna say "You know what.. Then I spend it all on stupid things if you don't appreciate me trying to help ya'll".

Power of Items Engineered to Last

I am about to hit 47 years of age. Which means that the amplifier shown here has been with me for something like 30 years. Having saved up money from jobs in pubs, nightclubs and lawn mowing, I put down the cash for the Technics SUA900 Amp, which was the toppest of the range from Technics at that time. It says Mos Class AA on it. Class AA is indeed a (Matsushita invented) name for an ampliﬁer topology consisting of both a class A stage as a voltage control ampliﬁer as well as a class B stage for the current drive—plus a so-called "Class AA Bridge" which links together the two amp stages.
Last year the left channel stopped pumping out sound. And for the past months I have been trying to find someone to help me fix it. Finally, I found a shop in Puchong. Naturally, the technician is an old timer. Someone that grew up with this type of equipment. Old school: Fix what can be fixed, don't just throw it away.

And today I picked it up. You think I am excited most of the times. You should have seen the owner of the shop! He had that thing in his showroom, blasting away.... Beaming like a child on Christmas.. "Oh, this one SUCH A GREEEEAAAAT sound!" One could tell that this beast still have a lot of anger in it and that it will continue to smash sounds once hooked up to the speakers.
Just seems that they don't make them like that anymore. Show me any type of gear these days that you can lug around 3 continents, running it in heat, cold and day in and day out without a hitch for 30 years!
Now, If you would excuse me, I would need to play some music! As for me, I am as excited to power this up as I was when I first unboxed it in Germany some three decades ago.

Haunted by the Golden Rider 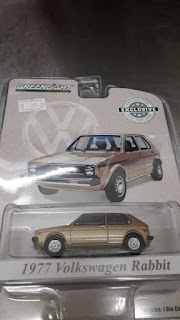 This thing is haunting me! When I did my army service back in 1993, I was depending on my trusted motorbike to get me around. Seeing how the winter was approaching and 130 kilometres between barracks and home are no joke when it rains or in snow, I went to see the local car dealer. The only thing that was within my range was a "Sand Metallic" Polo, much like this model car.

I should have either saved more or gotten a car much sooner than 3 days before checking in for my basic training. People still talk about the Golden Rider...

Thank you to everyone who entered Asian Journeys / Accor Hotels staycation contest for a staycation at the very lovely Fairmont Singapore.

For those who didn't win, perhaps you would like to enter our Fun With Masks contest and an opportunity to win a stay at Sofitel Bali Nusa Dua.

We are in the group that likes to have Fun With Masks. People have come to use them as an expression of their individuality or to convey something of their personality Some are very artistic. Some are silly, and yours could win you a staycation at Sofitel Bali Nusa Dua Beach Resort: https://sofitel.accor.com/hotel/9078/index.en.shtml 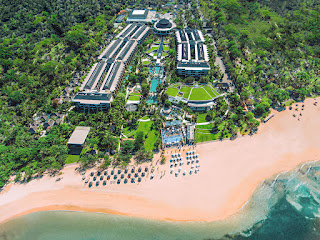 Send a picture of yourself wearing your mask - or just of the mask itself and if there is a story behind your mask, share a few words with us. We will pick out the one that appeals to us the most. The winner gets to stay in Sofitel Bali Nusa Dua Beach Resort and entrants will be posted on Asian Journeys’ website: www.asianjourneys.com.sg

Send your entry to Floyd Cowan at fcowanmedia@gmail.com with the subject line "Masked with Stefan".