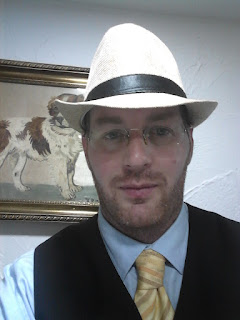 The year 2016 started way better than the last year ended. There are still some issues that irk me, but the first 2 months were good. Overall. Although I added a few grammes in weight and am still drinking too much of the wrong stuff, things have taken a good turn.

The first trip of this year was to Penang. Awesome place. Get's better every time I go. This time I had a chance to eat in the famous Eastern & Oriental Hotel. Next time I want to stay in that place. The overnight trip to Penang was followed by a week in Bangkok. Also getting better now that some Tuk Tuk drivers know me by name.

Next up will be a nice ride to Japan. THAT will be worth a picture or two.

Finally saying good-by to my most painful year - 2015

I wanted to wait until the year is really over. Over-Over. With all that has happened, I am sure that IF I had posted this a week before the end of the year, something would have piled up onto it like a scoop of vanilla ice cream on a waffle.


Of course there were some really good moments in the past year which are worth remembering. But overall I wouldn't mind just forgetting most of it.


The year started with a move into a new place. Now, not WANTING to have a TV is one thing. However, sitting in a place without deco, sofa or a TV is pretty depressing, considering that there wasn't (and still isn't) any girlfriend or partner to at least have a conversation. My pot plat turned out to be boring as a house-mate.


Next up was an eye infection at the same time as a infection of the Uuhhhh.. Well, let's just say I didn't have the desire to take a leak for a while. Couldn't even see where I was aiming at. And then the doctor gives you the wrong antibiotics. A week of tear-wrenching pain later I fianlly got the right drugs.


And next was the wisdom tooth that caused so much pain that I couldn't even sleep. Not even with 8 Paracetamol per day. And I thought my regular Migraine attacks were nasty. So, off to the dentist. Which is alway an adventure when you are in a foreign country. It should have worried me that the fella didn't take any X-Ray. And so he gave me a wrong recommendation. Sounds familiar? Yeah, thought so. Off to another dentist who must have ordered a new car by now, given the work needing to be done to my dining room. Several wisdom teeth later, I have that sorted now.


With the stress at work mounting and the pot plant still not talking, solace was found in Jim, Johnny, Captain Morgan and other good old friends. Eventually, I woke up with shot glasses on the bed side table. Also not a very good thing. Hand in hand with that came weight gain that led me to be so flubby that I was wheezing up the stairs. Sport was never more painful. At the time of writing I got both under control now.


But then came "She". Darn it! Why does one have to fall head over heels and then that? I really liked her. Not naming names. Not blaming anyone. It was just very painful when she said "I love you" and a few days later shot me down in a WhatsApp note. It could have been over a coffee. What followed was (likely) a massive heart-ache. But then again, it was likely one of the best 8-week relationship that I have had. "She" will remain a very special person. And I shall remain broken. For a while.

What followed was the "Revenge of the discounted bedding". What was sold to me as a Dunlopillo mattress was anything. But not an original. It sagged. Further than the Titanic sank. And the back ached. More than I could have imagined. Every morning I would wake up in Zombieland on my sofa. Did I mention that my sofa is too short for me to sleep on?

To round off the year I signed up for a full marathon. Actually just to impress another woman (DUUHHHH!!!) And if you know me, then you know that I finish what I start. A call to a former client was made as he is competing in Ironmen events. His advice was "Run as often as you can to get used to the physical pain". Well, thanks a lot. Like I didn't have enough of that.

Then I sit at German Motors having a drink at the Customer Appreciation Lunch on a Saturday. A FB message pings, telling me that a former class mate has committed suicide. That put a damper on things for the rest of the evening to say the least. I called my parents, asking for a bunch of flowers to the parents. That has to wait till Monday, but my parents do it. The Wednesday after, my parents tell me that the florist they went to hanged himself on the Monday they ordered the flowers.

All that complaining aside, there were a lot of awesome moments in between as well. One has grown, progressed, been successful, seen stuff, travelled, made peace with the pot plant and gotten to know new people. But I could have done all of that without all the trouble, especially the emotional aspects of the annum.